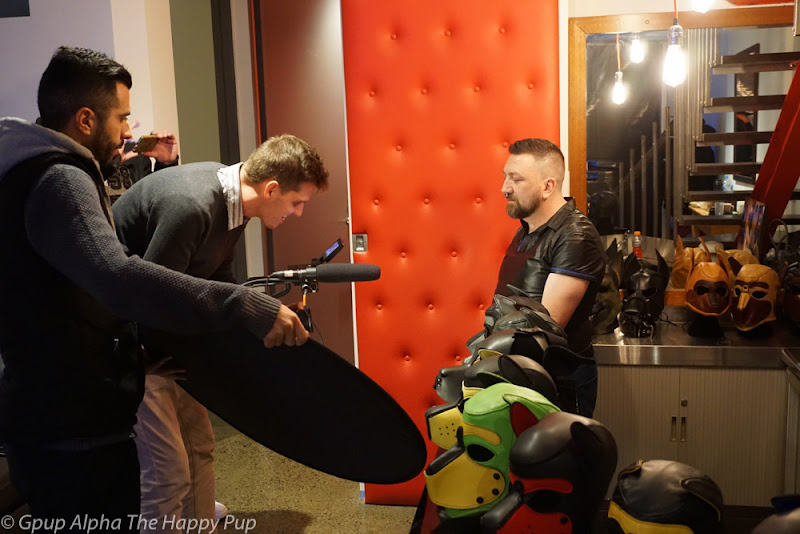 Just two weeks ago Sirius Pups were invited to participate in a short documentary “The Secret Life Of Human Pups” by journalist Patrick Abboud @ The Feed SBS.

I have to say it was not an easy decision for us. Each participant had concerns, worries and hesitations. These aside, we were keen to help show a side of human pup play that we feel has not been captured before. A chance to show a human side without a “freak show kink” elements that has been portrayed in some previous dealings with the topic.

Today just 24 hours post release I am so relieved to see that not only a wonderfully professional and kind portrayal of animal role play, but also an overwhelmingly positive response from our community.

Participation in this project was not an easy decision. I had my own particular concerns.

Would I still have a job after it has aired?
What would happen if my patients saw this?
How were we going to be portrayed? After all we don’t have control of the editing once the shoot was finished.

So by Monday night we were on the edge of our seats waiting to see how we were going to be portrayed.

The final result? WOW!!! We were all so impressed with the wonderful piece that was created. If you’ve not seen it, please check it out below.

The Secret Life Of Human Pups by Patrick Abboud, SBS The Feed

What can I say, the response has been wonderfully positive. I am heartened to have had messages from Europe, The USA, Asia and Australia all sharing their own personal moments having watched the piece.

Despite waking at 4am worried, I awoke to wonderful messages of support. I had a totally normal day at work. I saw patients, had lunch and did it all again in the afternoon. All normal, “nothing to see here”….

Ahh so the world is still spinning, perhaps just that little bit “ruffier” knowing that coming out as a human pup is one thing I don’t need to do any more.

Huge hugs and tugs and thanks to all involved, it’s been a leap of faith and absolutely worth it.

If this piece has touched you, we’d love to hear. Let us hear your human pup pride 🙂 . RAWR!