You are here: Home > news > Seca Talks About Being A Microchipped Human Pup
By Gpup on June 19, 2016 in Puppy Play 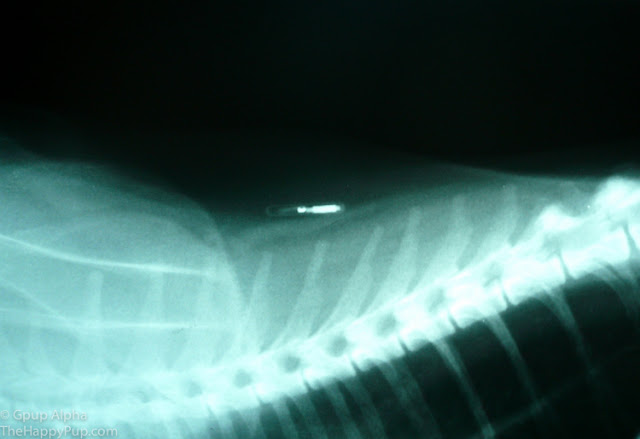 In this post I wanted to share an interview I had with Pup Seca of The Dog Star Pack who was recently visiting form New Zealand. Over dinner Seca was telling me that he has been microchipped. For me this was fascinating as it’s such a clear connection between my passion for technology and human pup play. Also Seca is the first microchipped human pup I’ve met!

Key points I got from the conversation include: 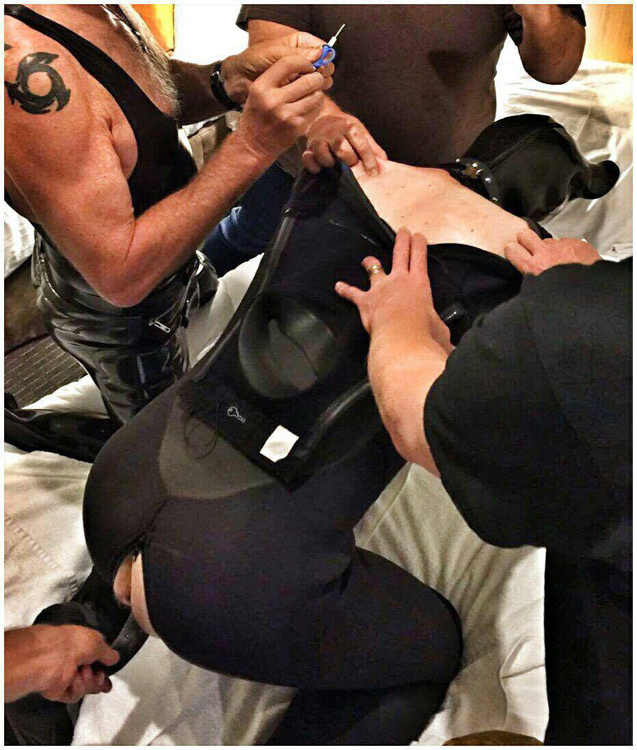 Pup Seca In The Process Of Micro Chip Insertion

Why would a human get microchipped? As noted in this Sydney Morning Herald article, it’s convenient and cutting edge.

Thousands of technology enthusiasts use it as the ultimate app, enabling them to lock and unlock their homes, cars, computers and mobile phones with a simple wave of a hand. But there’s a catch: they must have a microchip inserted into their bodies.

The idea may seem weird, and painful, but human microchipping appears to appeal not only to amateurs, who call themselves biohackers, but also to governments, police forces, medical authorities and security companies.

It involves using a hypodermic needle to inject an RFID (radio-frequency identification) microchip, the size of a grain of rice, usually into the person’s hand or wrist. The same kind of chip is used for tracking lost pets.

The implants send a unique ID number that can be used to activate devices such as phones and locks, and can link to databases containing limitless information, including personal details such as names, addresses and health records.

RFID chips are everywhere. Basically, if you have to swipe a card, your ID is encoded in the magnetic stripe. If you touch it to a reader, as with Myki, it has an RFID chip with your number on it linked to the relevant database with your info on it. The latest credit cards have both stripe and RFID.

Some RFID tags have a tiny battery or other power source, enabling them to operate at hundreds of metres so they don’t need to be within line of sight of a reader. As far as we know, this type cannot yet be made small enough to embed in humans.

Cybernetics scientist Dr Mark Gasson of the University of Reading, in Britain, became the first human to be infected with a computer virus, after he injected himself with a microchip in 2009 to control electronic devices in his office.

The virus was replicated on the swipecards of staff accessing his building and infected the university’s database. Nonetheless, Gasson and other scientists say a new world with mass populations of computerised people is imminent and inevitable.

They say complex computing devices routinely implanted into humans for medical reasons also have the technology to enhance the abilities of healthy people.

“It has the potential to change the very essence of what it is to be human,” Gasson says. “It’s not possible to interact in society today in any meaningful way, without having a mobile phone. I think human implants will go along a similar route. It will be such a disadvantage not to have the implant that it will essentially not be optional.”

That said, as Seca reports in his video, he’s not using the chip for anything other than physical identification. If scanned via chip reader, Seca is registered in the USA to his alpha pup bouncer as 4 year old husky, complete with a picture of himself in the database.

Currently scanning for ID chips is not a routine procedure in hospitals so I imagine the confusion between Seca’s current presentation not matching that of a husky is going to be avoided. It does however raise the question of what could happen if scanning did become routine.

So what could possibly go wrong? As reported in Vice Magazine:

My smartphone is already effectively a wireless hip implant, and apps for unlocking my house, making contactless payments and other RFID applications already exist. The only thing a smartphone-a-like implant adds (for now) is risk.

The privacy concern is the most obvious: I already give huge amounts of personal data over to my network provider, but at least with my phone I can unplug if I want to – I can switch off my handset and sling it in a drawer. Which I couldn’t do as easily if the tech was buried somewhere in my arm.

The second, more future-gazing, concern with any kind of human enhancement technology is obsolescence. Think of it like this: remember your last-but-one mobile phone upgrade, and how enviable/life-changing it was? The same phone that’s now sitting abandoned in a box full of old chargers, dead batteries and cheap bundled earbuds? Well, now imagine if upgrading from that handset to your current one involved surgery. I already covet my friends’ spangly new smartphones – I don’t need that sort of upgrade pressure with something that requires anaesthetic and a scalpel to dispose of.

Finally, there’s the security question. About a year ago, I spoke with Avi Rubin, a digital security expert, John Hopkins University computer science professor and author of this TED talk. We were discussing the Hollywood and TV portrayal of hackers – the pasty, disaffected villains and anti-heroes who only have to tap out a few lines of code and suddenly Jack Bauer is being chased by a Predator drone or Bruce Willis is being blown up in a gasworks.

Ridiculous, obviously – but only up to a point. In Rubin’s line of work, there are far too many examples of wireless devices that are nominally hack-proof that turn out to be, well, not hack-proof. Why does this matter for a chip that opens the door to your office? It probably doesn’t. Where it absolutely does matter is in the context of, for example, digital health devices – implants that might be used to monitor patients’ medical conditions or provide regular doses of medication from a built-in drug reservoir.

Rubin gives the chilling example in his talk of a team of researchers who found that they could reliably disable modern pacemakers from a laptop. That sort of potential vulnerability might be worth the risk in the treatment of a life-threatening medical condition, but should give us real pause before we start injecting ourselves with unnecessary consumer devices that might be open to outside tampering.

Currently there is no evidence that the microchip would cause harm over time. Seca can still have X-rays and MRI medical procedures. However it’s important these questions are fully explored before getting any medical devices inserted into the body.

So why would a human pup get microchipped?

Given that Seca isn’t opening doors or unlocking chains of events with his microchip why would a human dog get chipped? For me and answer is in the words “human dog“. Microchipping is routine in the canine world. It signifies ownership as well as control.

For the human pup it’s an additional layer to headspace, knowing that in the back of the neck is a small chip that signifies “I too am a dog, chipped, owned and registered.” It’s that once step closer to canine than the average human pup.

Important to ensure this is a medical procedure, done by a professional.

Building A Great Relationship With Your Human Pup Handler.
Confessions Of A Leather Pup Gear Lover